I fell in love with art history in a flash of a second. There is more backstory, but for the moment, this was how it happened. 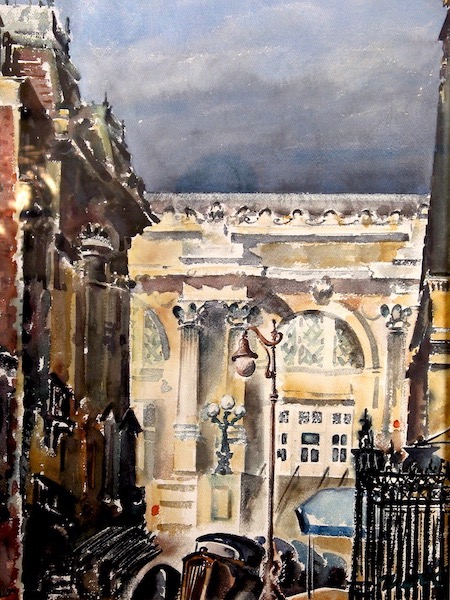 In my second year of college, there was a requirement for an art or music course. Since I thought I knew a ton about music … I listened to it all of the time … I thought that I would sign up for the art history course.

The first course was in a huge lecture hall.

Students poured in … and then the professor arrived.

He scanned the room, giving us the once-over, walked over to the light switch, and plunged us into total darkness.

Then, we heard some sort of machine switch.

Suddenly, in that total darkness, on the left side of the screen was the Venus of Willendorf, a fertility goddess statue from about 24,000-22,000 B.C.E.

On the right side of the screen, he projected Willem de Kooning’s Woman I, painted in 1952. 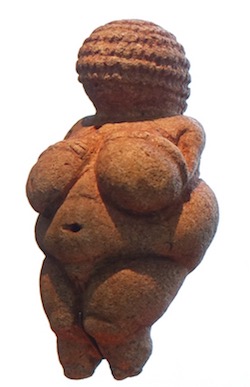 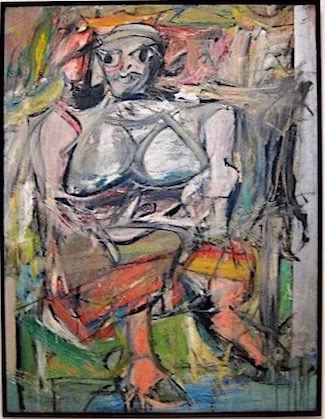 As these two utterly disparate images faced us, a disembodied voice, out of the darkness, started to talk about these works of art.

It was an experience like no other.  I was completely transported.  In that darkness, with no distractions of mundane life, I was in a sort of trance.

It wasn’t because I knew anything about the art…or fell in love with what I was looking at.  It was that I could imagine being lost in thought, which was an amazing revelation.  I could think about what I was looking at, form opinions, connect the images to when they were made, where they were made, who made them. It was the possibility of it all that was so tantalizing.  It was as though I had taken a potion, and I never looked back to before.

I was in heaven.

I then signed up for 19th century French art, Early Renaissance, Late Medieval … anything that sparked my interest.

I needed to work part time. I don’t recall exactly if I saw a classified ad in a newspaper…or on one of my frequent visits, I applied for a job…but I was hired to work in the bookstore at the Metropolitan Museum of Art.  It took three trains to get there from deep Brooklyn. Then, there was a long walk to and from the subway.

The bookstore was a very small space to the immediate left of the entrance as you entered the museum.  It was lovely and simple…books, books, books…and postcards of artwork in the collection. I don’t recall other kinds of items. It was very quiet. It was very organized. It was very serious.  The difference between what we have come to think of as a museum bookstore … exiting through the gift shop … and all that sort of rubbish … was unthinkable.

I was seventeen. I was a very serious student. But, this was an exacting position.

Museum visitors who came to the bookstore were all very serious. They expected those of us who worked in the shop to know about every work of art in the museum collection … who created it … where it was located, etc., etc.  That was a very daunting situation!  But, I learned so much from that $1.65 an hour position. 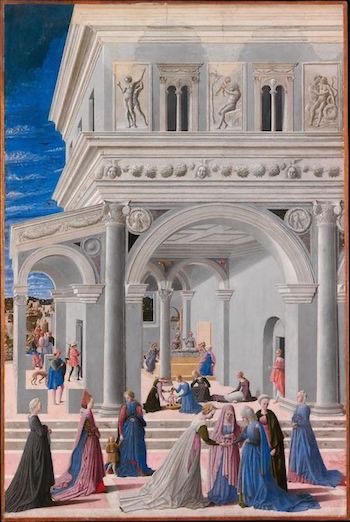 Before “the ladies who lunch” syndrome, there were very few visitors.  My very best moments were going to the Early Renaissance galleries and visiting some of my favorites … all by myself.

One of the most amazing experiences is actually a thread from those moments when I was alone with my 15th century pals.  I ended up doing a paper on The Birth of the Virgin, done in 1467 by the artist called the Master of the Barbarini panels.

On a relatively recent, very pre-pandemic visit to the Met, I took Mitch to see the painting.  I was absolutely DUMBFOUNDED to learn that the Master of the Barbarini Panels had been NAMED … Fra Carnevale (Bartolomeo di Giovanni Corradini).  It was so very thrilling that further research had uncovered who the artist was … so that we could know his name.

I am always so mindful about being very quiet in museums, no matter what is going on, but I was actually besotted by this discovery.  I went into the adjacent gallery and beckoned the guard to follow me, whereupon I told him the WHOLE story.  I think that he thought that I was a bit out of my mind, and he would be correct.

I found it so very exciting…that these threads of my life…one leading to another … are not static or moribund, but they can expand and move and I can learn from them.

It was a revelation.